A few weeks ago I posted about how my Paragard may be expelling. I went to my gynecologist on the 10th, and sure enough, I had expelled. So my gynecologist decided to replace it, right then and there. Unfortunately, I was completely unprepared, had taken no ibuprofen, and to top it off, had 6 hours of classes to get through. UGH. But somehow, I made it through.

I have to say, the insertion was slightly easier because I knew what to expect. Though it was fairly painful. The removal wasn't terrible at all. A couple of days afterword, I had the heaviest period I have ever had, though it wasn't too painful.

In other news, I found out that there is a possibility that I have a unicornuate uterus. A unicornuate uterus is where your uterus doesn't properly form on one side when you are developing as a fetus. So it's kind of like a half of a uterus. In some cases, the other ovary isn't attached to the uterus, which is called a rudimentary horn. In most cases, it has to be removed because if a period happens in the rudimentary horn, it can rupture and be potentially dangerous.

So I am going in for an ultrasound on Wednesday  morning to find out. 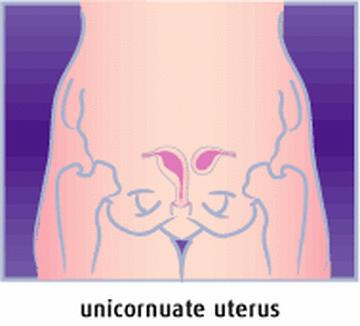 Hello ladies, I am new to this community but not new to IUD. I am likely older than most here, 40, 3 kids and not planning any more. I had my first IUD inserted in 2008 (had a couple of strong cramps but after having two kids naturally it was nothing to fret over), I thought I was done with kids and my OB suggested Mirena as the best option for me.
Prior to this I had had some anxiety issues but by the time I got my IUD I had had years of things under control. After about six months on the IUD I started getting some really severe anxiety, had to go on medication which eventually helped but it was like nothing I had ever experienced. I chalked it up to unusual stress level and went on with my life on meds. Several months after that my life changed and I decided to ttc one more child. Had the Mirena taken out (took 1 second, no pain) and got pregnant within four months. I actually stopped my SSRI meds before I got pregnant, about 2 months after the Mirena was out and I felt great.
Had a healthy baby boy in June 2010 and now I was really done :) In October of 2010 my OB suggested the Mirena again and I never had any issues with it, I wasn't connecting the anxiety to it so I was totally game. Well, within 3 months I was experiencing moderate to severe anxiety. I thought maybe the pregnancy hormones were affecting me more, having a child at 38 so I tried to work through it for a year. I had a number of odd heart symptoms, wore the heart monitor for a month but all tests came back with nothing. All in my head my doc said. In 2011 I had to go back on SSRI but now I have been on it for a year and I am still not doing well. I am so down, feeling like I have lost two years of my life, precious years. I have been thinking stress is causing it and done counseling on top of the meds, everything. I have started tracking my moods and I see how they totally line up with my cycle. But I only get about one good week, just before I get my period, my period and then ovulation are dreadful. It is actually getting worse each month. Just this past week I was googling anxiety and thought maybe the SSRI is causing side effects and could that be after a year and happened to stumble on a page that referenced the Mirena. I have been in google land all week... I am now putting two and two together and see that the same thing happened to me twice but the first time it was cut short because I had it out. I am now thinking about getting the Paragard. Talked to my OB, she wants to do a physical first and thinks the Mirena has nothing to do with it, maybe a strong PMS but that would not take up that much of my cycle. Anybody out there with similar experience and anybody who switched to Paragard and got their life back??

I just had my IUD (Paragard) put in last Tuesday - omg! So painful both during and for the first few days after.

I haven't been able to feel the strings but the guy I was with this past Thursday said he could feel them with his fingers and his ... .

There has been some bleeding during sex, it wasn't that bad on Wednesday, though we did stop because he was put off by the spotting. Thursday I guess he'd gotten over it though there was still blood.

I have a follow up mid february, I'll come back and update. So far no real problems or complaints. Just can't wait for the spotting during sex to stop.
Collapse